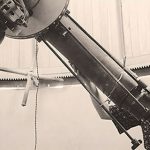 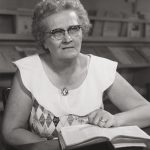 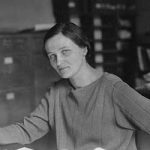 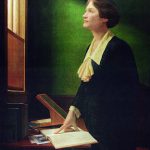 The Mirabal Sisters | Courtesy of aam.govst.edu 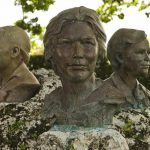 Busts of the Mirabal sisters at the museum in the village of Salcedo, 150 km north of Santo Domingo on June 10, 2008. The Mirabal sisters were assasinated in 1960 during the dictatorial regime of Leonidas Trujillo. AFP PHOTO/Ricardo HERNANDEZ (Photo credit should read RICARDO HERNANDEZ/AFP/Getty Images) 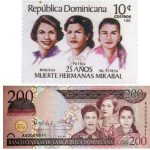 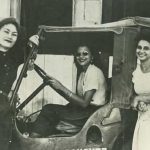 Archive photo of the Mirabal sisters in 1960. | Photo: Notas Argentina

Name: Bélgica Adela Mirabal Reyes     Known As: Dedé
Born: 1 March 1925     Died:1 February 2014
Belgica, commonly known as Dedé (DEH-DEH), was the second oldest sister, born on March 1st, 1925. When Dede was young, her father made a prediction that, “she will bury us all in silk and pearls.” Shout out to creepy parental predictions. She was also the only sister not to go to Catholic Boarding School. She instead stayed home to take care of the homestead. Dede married her cousin Jaimito and had three children together.

Name: María Argentina Minerva Mirabal Reyes     Known As: Minerva
Born: 12 March 1926     Died: 25 November 1960
Minerva was born on March 12th, 1926. She joined her sister Patria at Imaculada Concepcion at 12 years old. Upon graduating, she went to the University of Santo Domingo to study law. There, she met her husband Manolo Tavarez Justo.