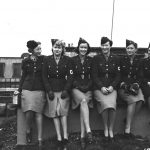 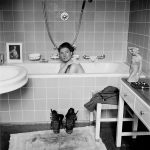 Lee Miller in a photograph she staged in Hitler’s bathtub in Munich in 1945.CreditCreditLee Miller Archives, England 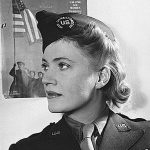 What She Did: Model, photographer, and photojournalist. 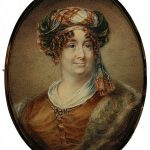 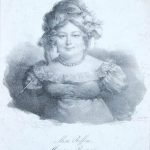 image: Engraving of Sarah Biffen from a self-portrait. 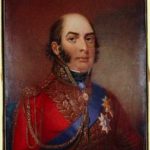 Duke of Kent, by Sarah Biffen – Miniature Watercolour on Ivory

What She Did: Painter

“Reader pause. Deposited beneath are the remains of Sarah Biffin, who was born without arms or hands at Quantox Head County of Somerset, 25 th of October, 1784, died at Liverpool, 2 nd October, 1850. Few have passed through the vail of life so much the child of hapless fortune as the deceased; and yet possessor of mental endowments of no ordinary kind. Gifted with singular talents as an Artist, thousands have been gratified with the able productions of her pencil! Whilst versatile conversation and agreeable manners elicited the admiration of all. This tribute to one so universally admired is paid by those who were best acquainted with the character it so briefly portrays. Do any inquire otherwise- the answer is supplied in the solemn admonition of the Apostle- Now no longer the subject of tears, Her conflict and trials are o’er In the presence of God she appears”